Fernbank is open daily 10am to 5pm. Online tickets required for Members and Non-Members. Learn what we are doing to keep you safe.

The intricate shapes, colors, and structures of insects are dizzying in their variety, but without the power of an optical microscope or camera lens, their astonishing complexity and beauty remains mostly hidden to the human eye.

Microsculpture is a series of beautiful, high magnification portraits that capture the microscopic form of insects in striking large-format and high-resolution detail. The exhibition was created by photographer Levon Biss and showcases the insect collection of the Oxford University Museum of Natural History.

Enjoy a new perspective on insects, as you study and appreciate the hidden details of the insect world in a unique and engaging way. Each image took about four weeks to create and was created from over 8,000 separate images taken using microscope lenses. The photographs are printed in large-scale formats, with insects that are millimeters long being presented at up to 9 feet tall. 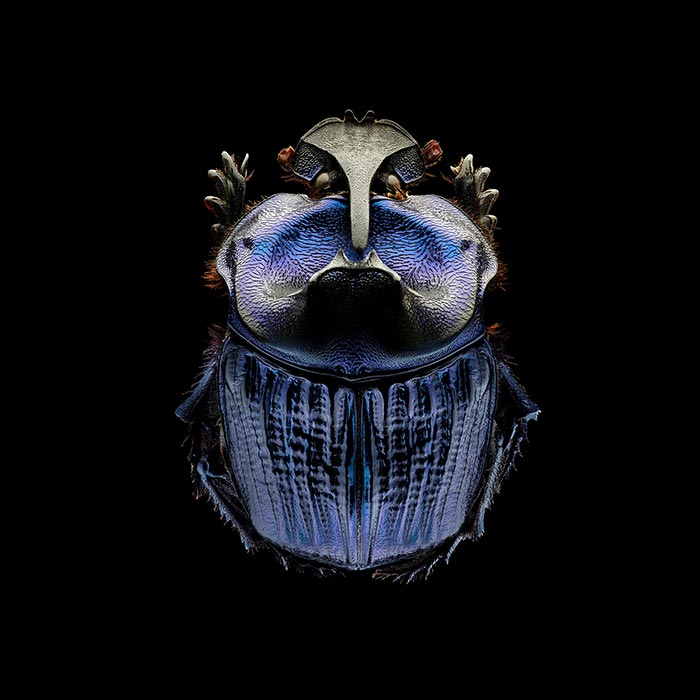 This large and impressive scarab beetle is found widely across the Amazon Basin. This 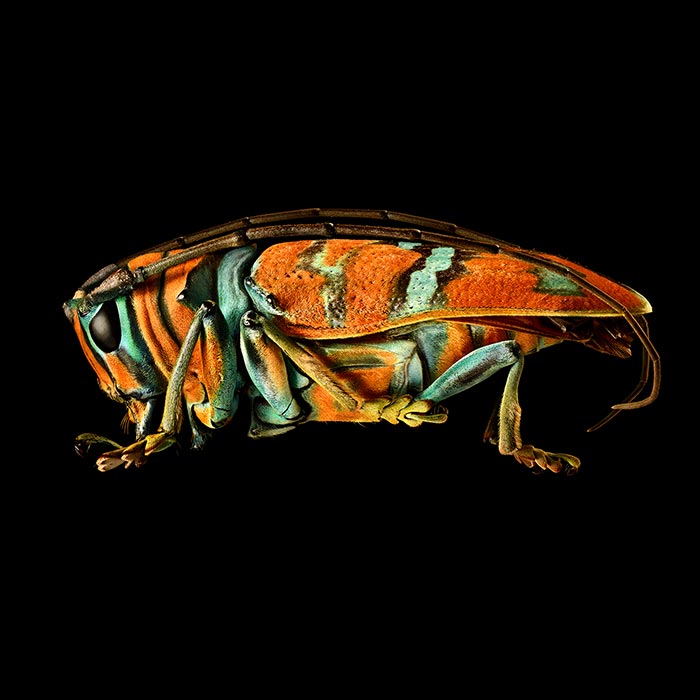 Once magnified the secret to the spectacular patterning of this beetle is revealed — a covering of extremely fine pigmented scales similar to those of butterflies and moths. 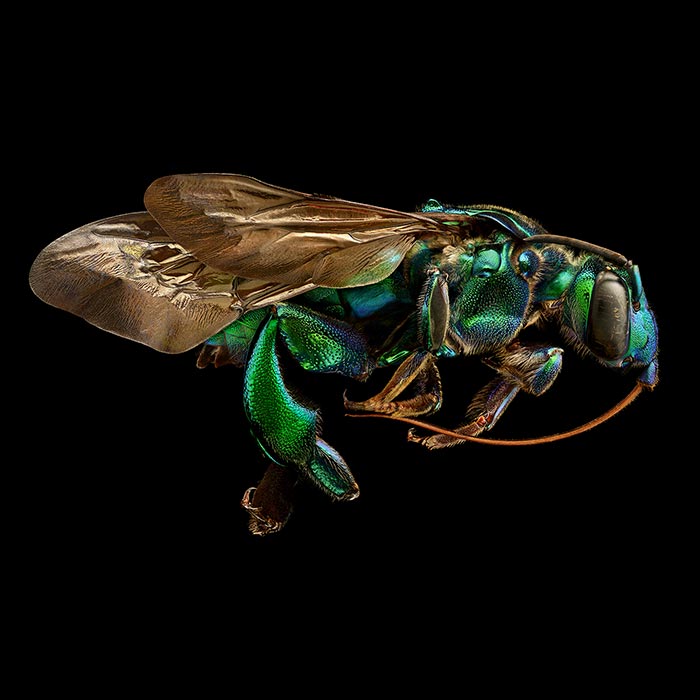 The Orchid Cuckoo Bee of the most spectacular of all bees in terms of size, color and microsculpture. 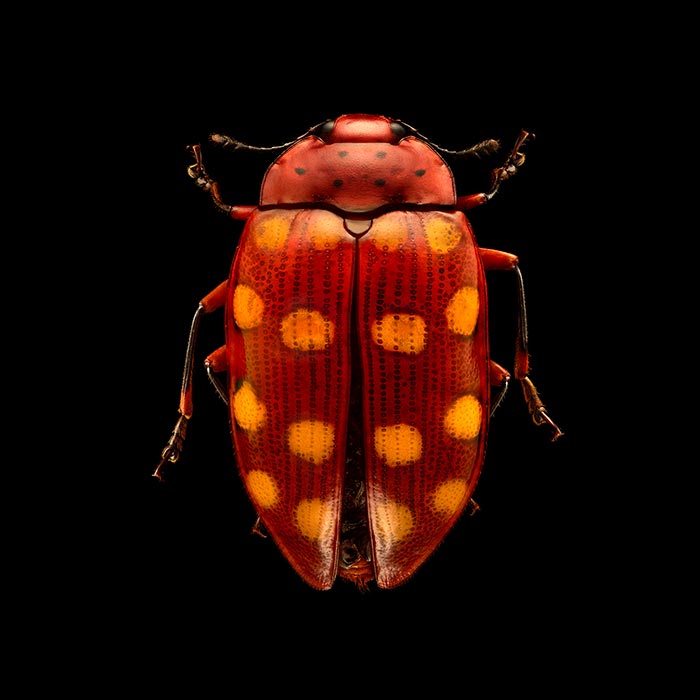 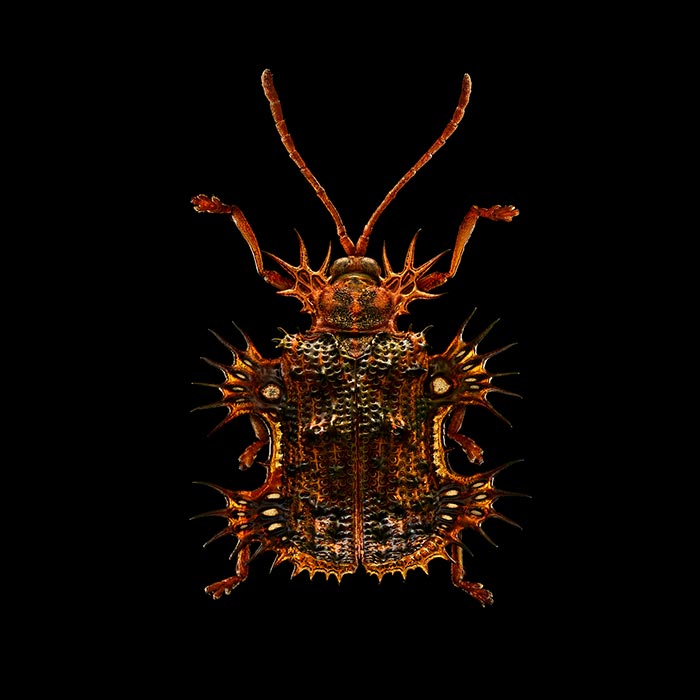 The wonderfully complex shape of the Tortoise Beetle is a composite of bumps, pits, wrinkles and rows of spines.

About the Artist, Levon Biss
Levon Biss is an award-winning British photographer. His work has covered a wide range of photographic genres, from portrait to documentary and sport. Levon’s portrait subjects have included Quentin Tarantino, President Emmanuel Macron, and Usain Bolt, with his work appearing on the covers of TIME, The New York Times, GQ, and Sports Illustrated. His work has been exhibited all over the world and is housed in numerous private and museum collections.

Drawn from every country in the world, this collection holds material from some of the most remote regions and islands. It includes the world’s oldest pinned insect and thousands of insects collected by pioneering explorers and biologists such as Charles Darwin, Alfred Russel Wallace and David Livingstone.

The first stage in making Microsculpture was the selection of insects from this vast collection. Dr James Hogan, an entomologist in the Museum of Natural History, carefully chose specimens to show the huge variety of adaptations of insects, each species having evolved according to its habitat.

Due to very strict selection criteria, around 95 per cent of potential specimens were rejected. Once chosen, each insect was mounted on a new, longer pin and cleaned using a range of fine paintbrushes and special tools in preparation for the high-magnification photography.

“To me insects are beautiful creatures and I hope Levon’s photographs will spark people’s interest in them and inspire more people to study them.” Dr James Hogan Life Collections, Oxford University Museum of Natural History

Microsculpture: The insect photography of Levon Biss from the collections of Oxford University Museum of Natural History.